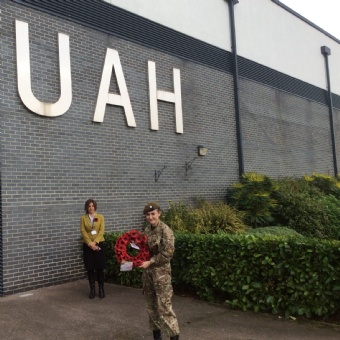 Pupils who attend cadets were invited to attend school in their cadet uniform and, during the two minutes silence, they gathered to stand to attention at the entrance to the school. They were joined by a member of the Royal British Legion, Mr Alan Sheppard, who had contacted the school to ask if he could help raise the profile of Remembrance with our pupils. A PowerPoint presentation was designed to show pupils about the history and importance of the Poppy Appeal and the whole school took part in the 2 minutes silence. At the start of this, Year 12 pupil Pawel Nieweglowski performed an incredibly moving rendition of The Last Post on cornet and this was later followed by Reveille. This was all streamed to the whole school, including some of the pupils who are currently at home, but accessing lessons through Microsoft Teams. Members of the Year 10 socially distanced choir also recorded a song with the theme of remembrance and this was played to Mr Sheppard. Miss Paige, the principal, was accompanied by two Year 11 pupils in cadet uniform, to lay a wreath at the town’s war memorial. We are hopeful that the link between the Royal British Legion and the school will continue and we are hoping to plan something bigger for next year. The performances and photographs will be available on the school website shortly. 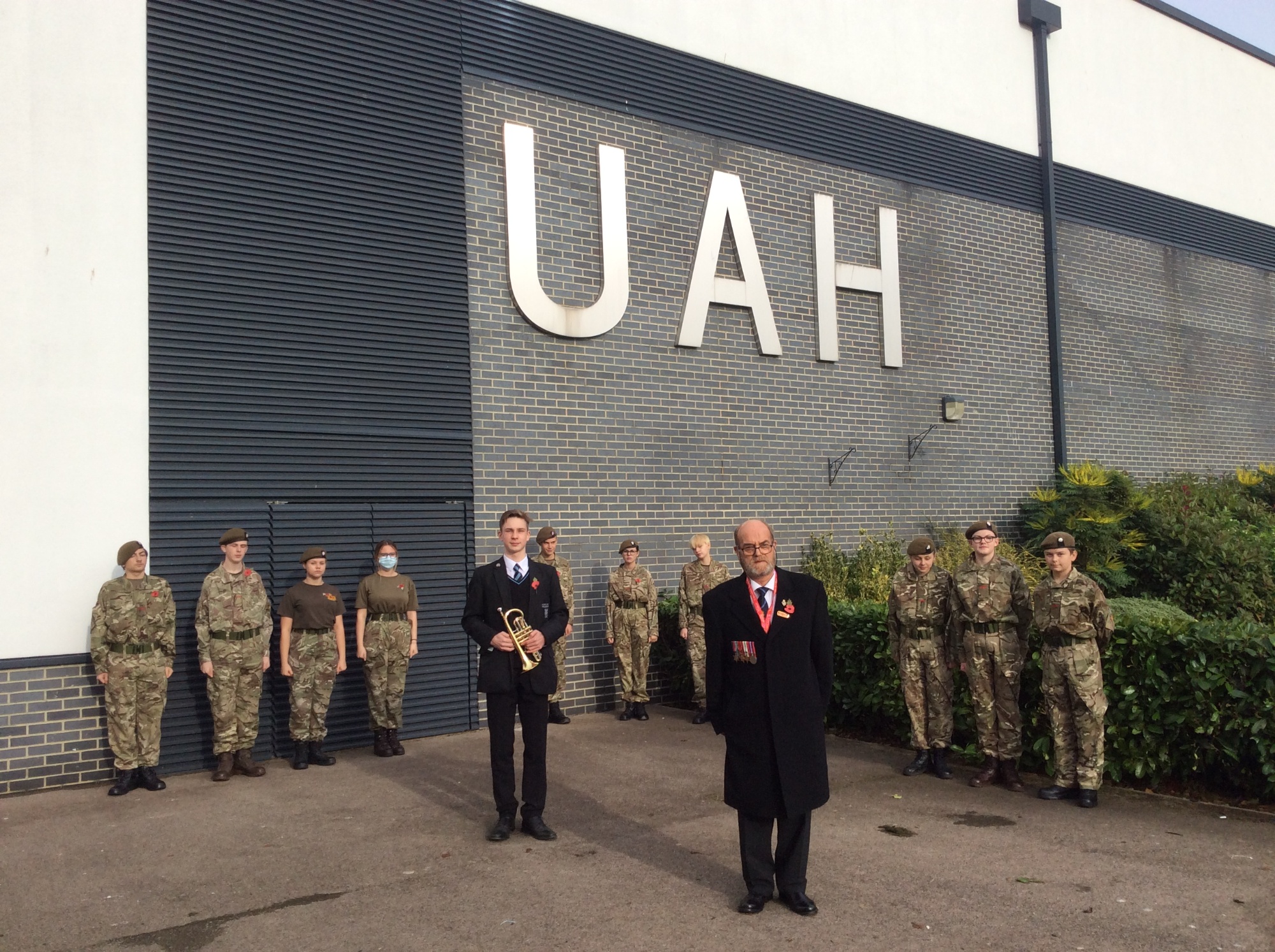 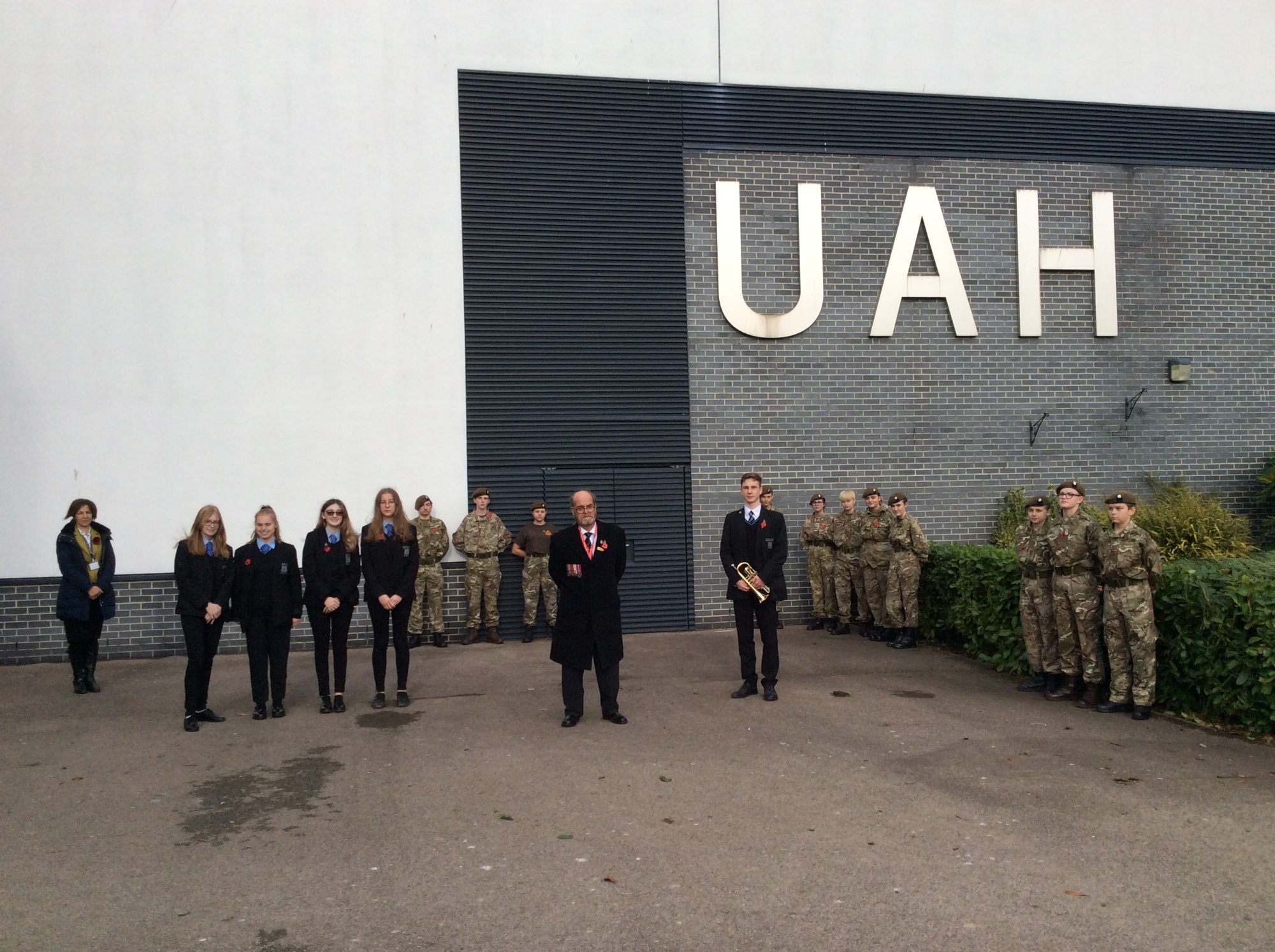