“The best singing I have heard at a UAH production”

After several months of rehearsals, pupils from Years 7 – 11 hit the stage last week, giving three fabulous performances of Joseph and the Amazing Technicolor® Dreamcoat. On a vibrant set, with the backing of a live band, the pupils danced, sang and acted the story of Joseph, his jealous brothers and the groovy Pharaoh! The three performances took place on Thursday 9th – Saturday 11th November at 7:30pm in the school hall and the full audiences all commented on how impressed they were with the pupils involved.

Year 9, Freya Hardy, took the eponymous role of Joseph, with Analise Newman, Millie Burchnall (both Year 9) and Jess Burrows (Year 8) taking on the challenging role of the Narrator. The musical is sung throughout, which means that the pupils had to learn how to act expressively whilst singing and dancing. There are moments of comedy, danger, excitement, sadness and joy throughout the show and the pupils told the story brilliantly.

Other notable performances were given by Regan Glenn in Year 11, who played the Elvis-styled Pharaoh, Libbi Wooding (Year 9) who had a number of solos as Simeon and Rosie Roulstone in Year 7, whose beautiful portrayal of the brother, Benjamin, touched many of the audience members. Alongside the cast from UAH, pupils from Holbeach Primary Academy’s choir also took part in a number of songs and dances and it was wonderful to welcome these younger pupils.

The cast sang in three and four part harmony, led by Miss Graper and Mr Scoffield, danced lively routines choreographed by Miss Holmes and acted the story through direction from Mrs Payne. The school are incredibly proud of all of the pupils involved because of the dedication they showed to the rehearsal process and because of the high level of performance they achieved. Mr Baragwanath was so impressed with all of the pupils that he has agreed to take them all to see Joseph at the end of term, something which the cast are extremely excited about!

Providing such opportunities to our pupils is extremely important at UAH. Taking part in a musical production develops many personal skills including confidence, imagination, perseverance, team work and empathy. We pride ourselves on enabling pupils the opportunity to explore themselves, develop these skills, gain experience of performing at a high level and feel the pride of achievement through these opportunities and the production team are already discussing what will be next year’s show! 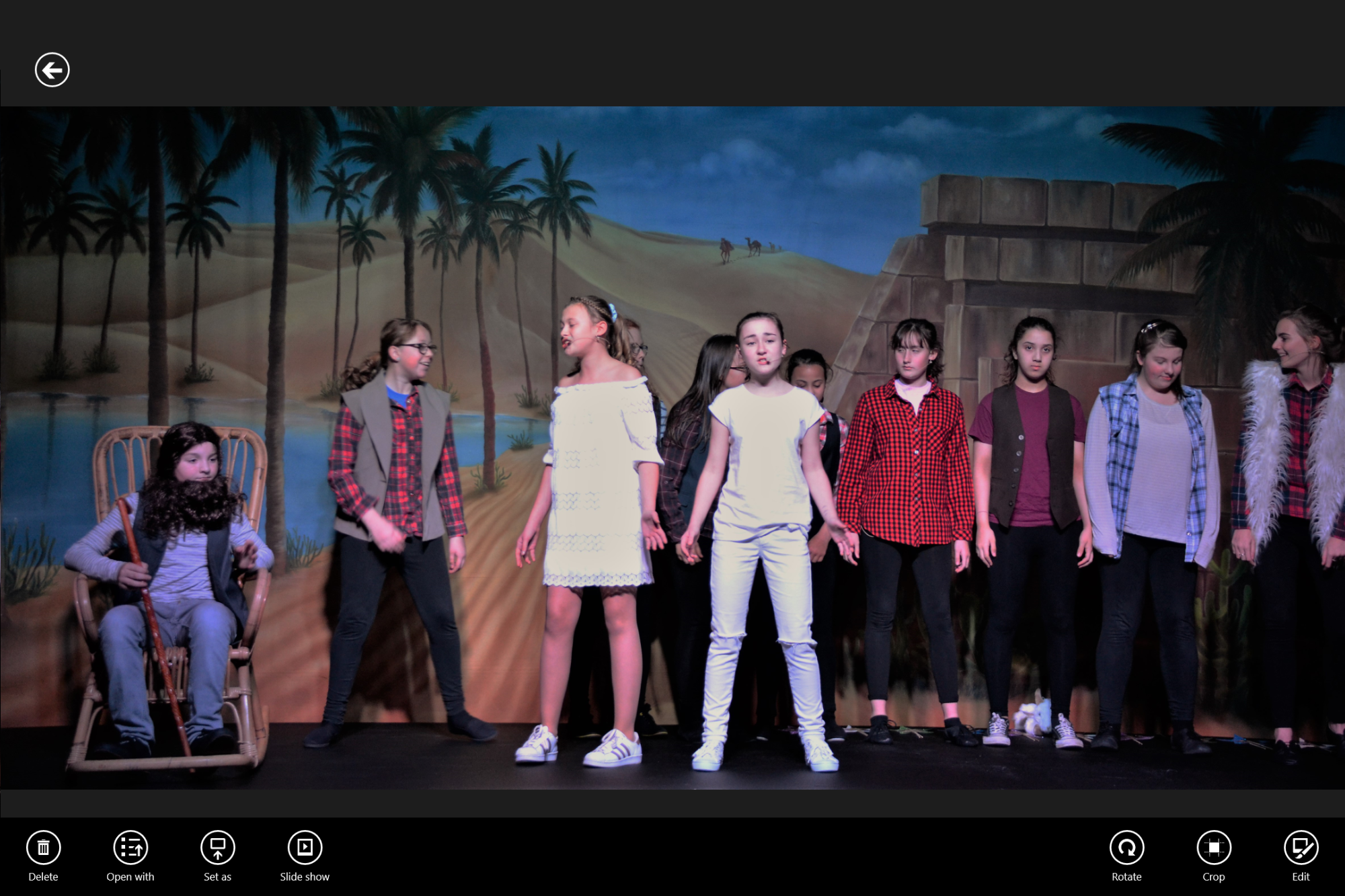