UAH made visits to Year 6 pupils at both Holbeach Primary Academy and Holbeach Bank Academy on Tuesday 14th December. Normally Year 6 pupils from a number of primary schools are invited to UAH for Christmas Entertainment and Lunch. However, due to Covid this was not possible. Instead, Miss Graper, Miss Paige and Mr Sadd spent an hour at each of the two schools in the Academy Trust, singing Christmas songs, learning some body percussion, exploring Ukuleles and creating “Christmas Wish” baubles and, although it was not possible to take any UAH pupils, the Year 6 pupils did get to chat to some of this year’s Year 7 cohort via MST, asking them lots of questions about what the school is like and how they have settled in. It was a very enjoyable afternoon and very valuable in the important process of preparing pupils for the transition to secondary school. 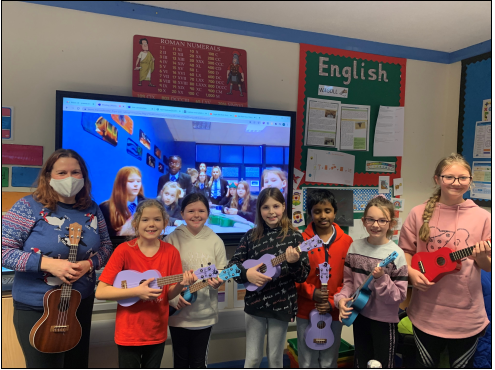 UAH ran an appeal for the local food bank, Holbeach Community Larder, throughout December. The idea was suggested by Year 10 pupil Hope Elston, who came to speak to me to ask if we could do something to help those people who will not have enough for a nice Christmas meal. Throughout December, pupils and staff were encouraged to bring in non-perishable and festive items, which we then delivered to the Food Bank. The pupils who delivered the food were four of our Senior Prefects (Lizzie Robinson, Matthew Smith, Wayne Pereira and Joshua Smith) and Hope, who started the whole thing. As a school, we know that it is important to remind pupils to think of others at this time of year and we were very proud of the pupils for donating so much. 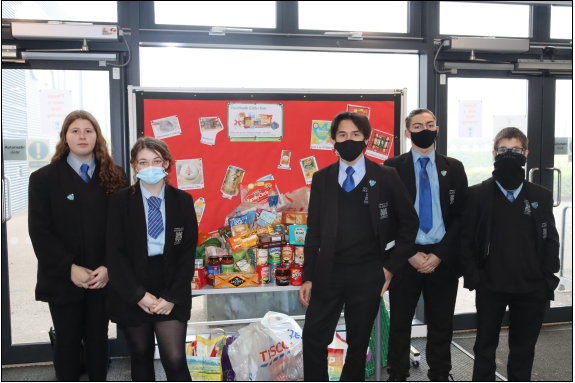 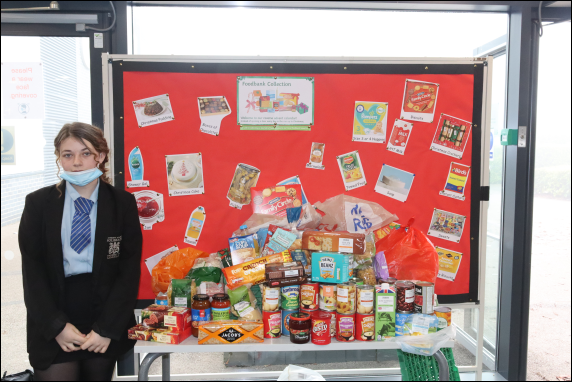