The Academy observed Remembrance throughout the week beginning 7th November. School Council members volunteered their time, selling poppies at lunchtime. Pupils attending Art Club, worked with Miss Matthews on a beautiful and poignant display on the Pupil Reception window and pupils in Y8-11 had themed assemblies during the week. On Remembrance Day, members of the various local cadet groups were invited to attend school in uniform, with representatives from the Army, Air Force and Sea Cadets attending. During the morning, Year 7 took part in a special assembly in the Hall. This was also attended by the cadets. Chamber Choir performed music and some pupils in Year 7 read poems. Year 10 pupil Daniel Almey also read a poem he had written himself and Mr Morris gave a short talk about his life as a soldier. At 11am, the whole school stopped and stood in silence to show their respect to all those affected by war. In addition to our events in school, several members of School Council walked into Holbeach to take part in the Remembrance Service at the War Memorial. It is important to give pupils time to reflect and this was particularly pertinent in our observances of Remembrance. 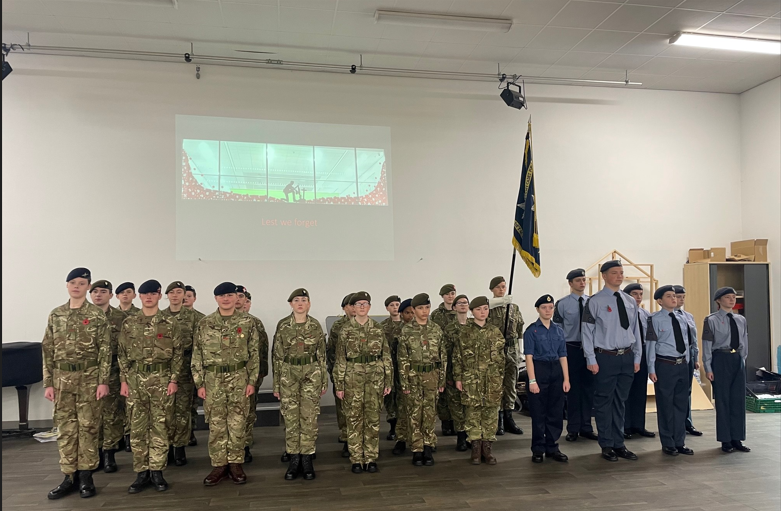 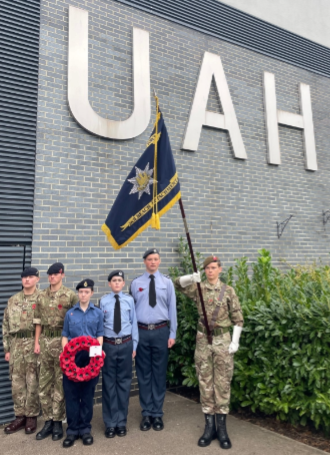